A few weeks ago Christmas was just an inconvience making my travels complicated and expensive. I had always planned to be on a beach on Christmas day, regardless of the weather and whether I was alone with a good book or with new friends, but I can now say I had the best Christmas!

I booked back into Base Hostel in St Kilda for Christmas Eve and Christmas Day so that I could be by the beach. I met up with Julia, the Brazilian girl I had met on my first day in Melbourne and we sat on a grass area opposite the beach drinking in the sun and chatting with the many others doing the same.

As the sun was setting we got ready to go into the city to spend the evening with a group of French girls Julia had met. They lived in an apartment in the city and put on a buffet and we sat chatting and drinking for hours. We then went to a bar in the city where we finished the night.

Waking up Christmas morning did not feel strange at all. I think I am that content in hostels they must feel like home! I woke up, cheerily wished my room mates merry Christmas and tried to facetime friends and family. I was only able to get through to 2 of my friends as they had just got home from a night out, it was so nice speaking and laughing with them and once I had spoken with them
I was even more cheerful. I went downstairs to have breakfast and started speaking with a guy and 10 minutes later we were arranging the day at the beach. By 12pm I was sat in 34 degree heat on the sand surrounded by hundreds of people in swimwear and Santa hats, sat with a great bunch of people with the music blaring and the alcohol flowing! It is amazing how a “good morning, merry Christmas, what’s your name?” can lead to when you are backpacking!

At 3pm it was time for Christmas dinner. I had paid the hostel $20 and myself and 40 (plus) backpackers sat together enjoying turkey with all the trimmings and pulling crackers with new friends. It was not long before I was back at the beach partying with a new bunch of great people until an amazing sunset. We enjoyed the sunset together and as they began to disperse I was invited over to party with another great bunch of people. By midnight there was 3 of us left standing and so we made our way to a club to see in Boxing Day morning.

My alarm was set for 8am Boxing Day as I had booked myself onto a tour to visit the set of Neighbours. Neighbours is an Austrslian TV programme which is very popular in England. It was extremely popular back in the 80’s and as a child I was a huge fan. I have not seen the show for about 15 years but I wanted to visit the set as it was a big part of my childhood. Admittedly I did not recognise much but I did recognise the houses and the street and that was enough to make me happy. I spent the rest of Boxing Day window shooping at City Docklands, watching some of the Ashes (cricket) on the big outdoor TV screen in Federation Square and walking around the city.

I met some wonderful people and I will never forget my fabulous Christmas of 2013. 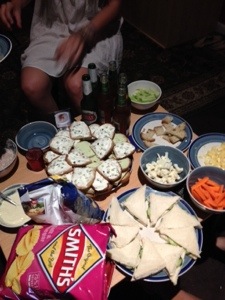 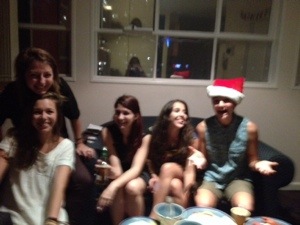 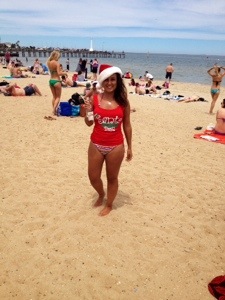 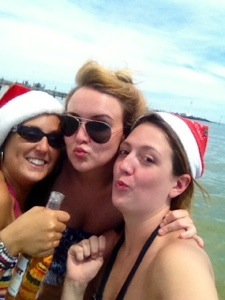 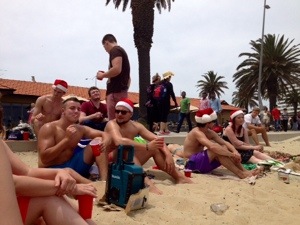 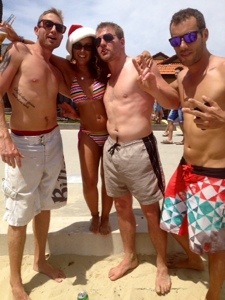 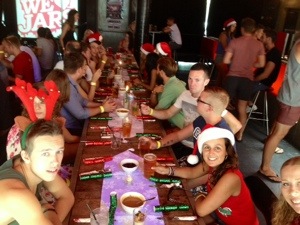 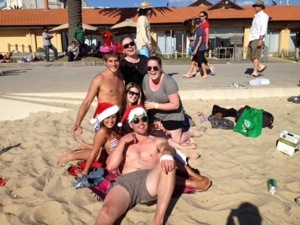 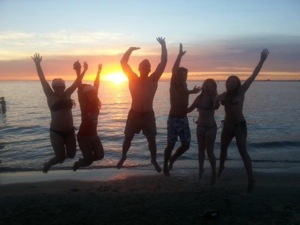 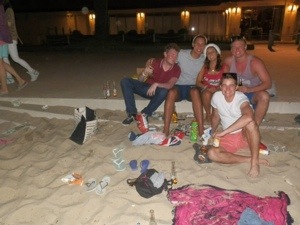 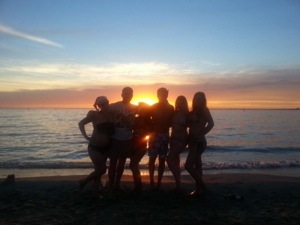 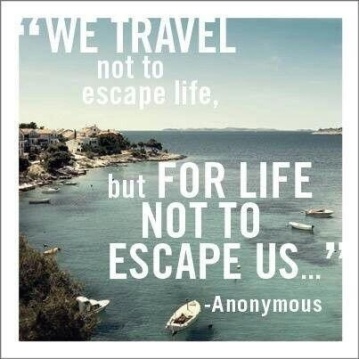 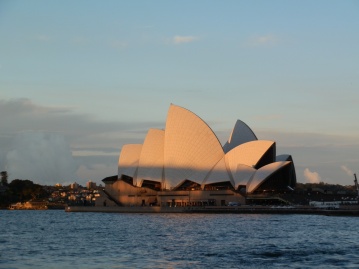 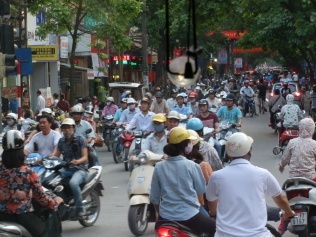 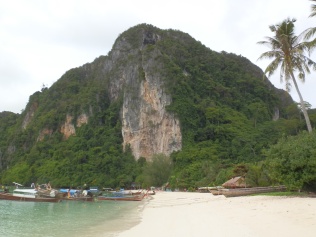